Eyebrow Tattooing: Is it Worth the Hype? 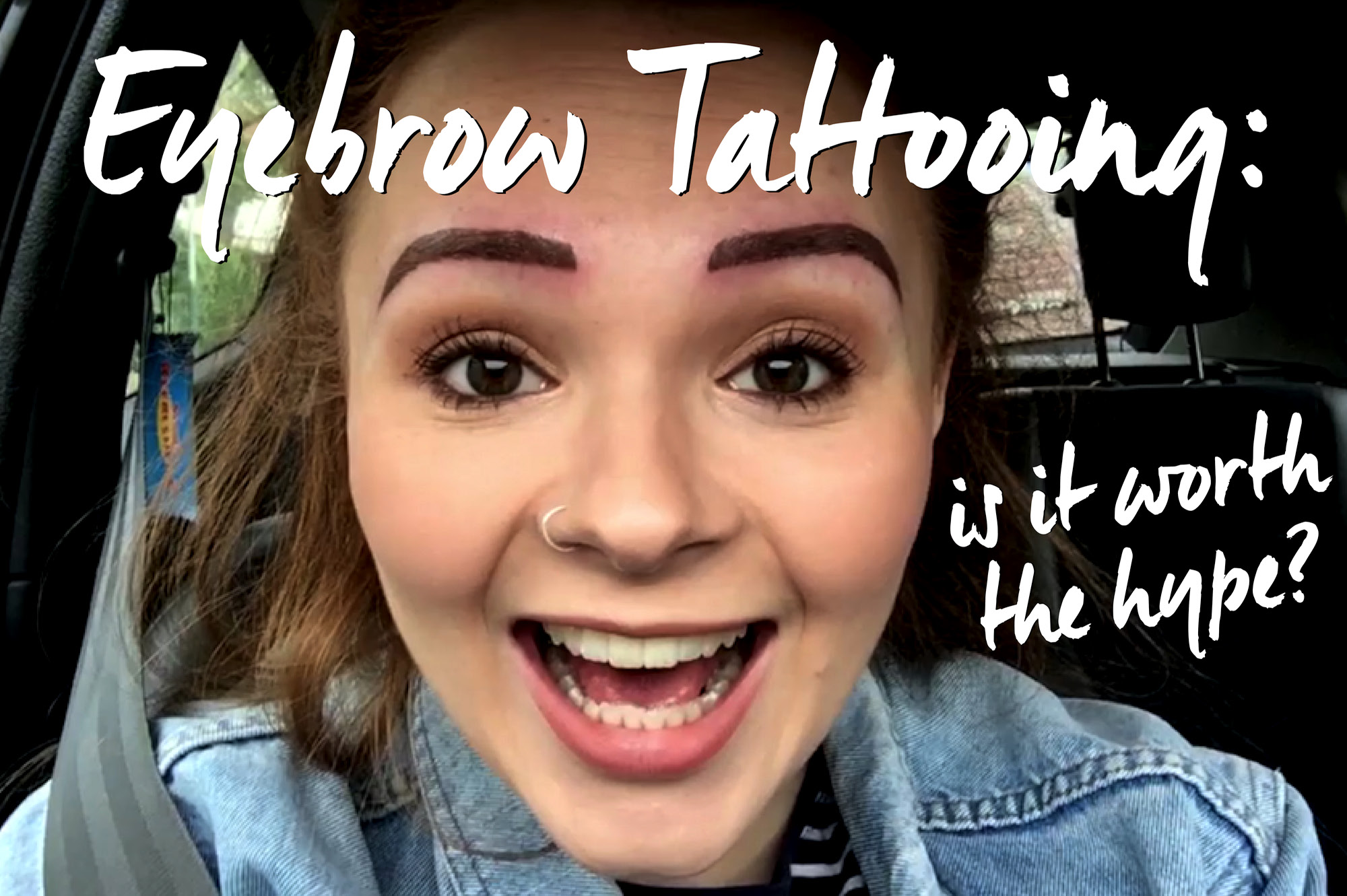 Eyebrows frame the face, and can either make or break your appearance – that is a fact. Over the last couple of years, the female race seem to have become obsessed with eyebrows. Filling in eyebrows with various tools, products and techniques has become the norm, with every girl wanting to achieve the perfect eyebrows (#eyebrowsonfleek).

Personally, I have been pencilling my eyebrows in since I was fifteen years old. I have always had very sparse brows — not due to over-plucking like many women — they just never grew. Having to sculpt eyebrows onto my face every single morning for nine years began to take its toll. Working full-time, there were too many early morning occasions where I couldn’t be bothered to spend ten minutes making myself look less alien, more human.

I had often thought about getting my eyebrows tattooed, but was always put off by people saying, ‘but what about when you’re old and your eyes go saggy?’ and ‘what if you hate them and you’re stuck with them?’ But, one day in August when I felt like I needed to do something spur of the moment because my life was so boring, I decided to take the plunge. I messaged a local semi-permanent makeup technician (after looking at her work online) and managed to get a cancellation appointment for that week. This didn’t give me much time to think about the ‘what ifs’.

Find out all about my thoughts and feelings after the procedure and throughout the healing process:

Questions about the microblading procedure:

Do you need to have a patch test?

Yes, just like when you have your hair dyed, you have to do a patch test a couple of days beforehand to make sure you aren’t allergic to the pigment.

How long does the tattoo last?

Eyebrow tattooing, or microblading, is a semi-permanent procedure, lasting up to two years. So there is no need to worry about how your eyebrows will look when you’re old and wrinkly.

Does the procedure hurt?

Before the tattooing begins, numbing cream is applied to the area, so the pain is very minimal. At most it feels like small scratches, but it does become more painful once the numbing cream wears off — however you can always ask your technician for more cream.

How long is the healing process?

After the initial procedure, brows will become flaky and the top layer will come off, leaving the pigment on the skin underneath. They will be fully healed in three to four weeks. After seven weeks, a top-up procedure must take place to go over the brows again and make the pigment more prominent. Again, they will take around three to four weeks to heal. So, altogether from the initial procedure it’s a couple of months — but well worth it!